At the risk of sounding like an old Rowan and Martin's Laugh-In routine, "Do the name 'Joss Whedon' strike a familiar note?"

A goodly number of you are right now scratching your heads and saying, "No, never heard of him." But an equal number are smiling and clapping their hands and can barely contain themselves.

Joss Whedon is an extremely talented writer/director and the creator of the movie and TV show Buffy The Vampire Slayer, as well as the Buffy spin-off Angel and a very underrated and short-lived series called Firefly. And this Friday, February 13th, he returns to the airwaves with a new series called Dollhouse, starring former Buffy cast member Eliza Dushku (Faith) . 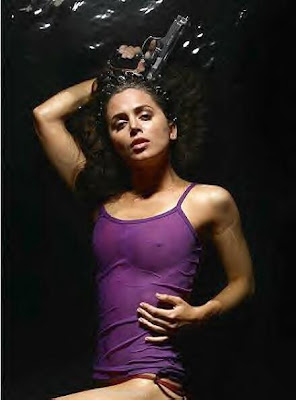 Amy Acker, who used to have a role on Angel, is also in the series.

According to Wikipedia--"In Dollhouse, Eliza Dushku plays a young woman called Echo, a member of a group of people known as "Actives" or "Dolls." The Dolls have had their personalities wiped clean so they can be imprinted with any number of new personas, including memory, muscle memory, skills, and language, for different assignments. They're then hired out for particular jobs, crimes, fantasies, and occasional good deeds. On missions, Actives are monitored internally (and remotely) by Handlers. In between tasks, they are mind-wiped into a child-like state and live in a futuristic dormitory/laboratory, a hidden facility nicknamed "The Dollhouse". The story follows Echo, who begins, in her mind-wiped state, to become self-aware.

Beyond Dushku's character, the show will also revolve around the people who run the mysterious "Dollhouse" and two other "Dolls", Victor and Sierra, who are friendly with Echo (the names are simply letters in the phonetic alphabet). Although the Actives are ostensibly volunteers, the operation is highly illegal and under constant threat on one end from Paul Ballard, a determined federal agent who has heard a rumor about the Dolls, and an insane rogue Active on the other."

Being a big fan of just about anything Joss Whedon does, I'm really looking forward to this show's debut. Eliza Dushku has said that Joss has already plotted out the evolution of all the characters on the show through the first five seasons. Here's hoping Dollhouse does, indeed, run at least that long!

Dollhouse begins Friday, February 13th on the FOX network. Be sure to check it out.

Here's one last photo of Eliza Dushku--one that readers of this blog, I think, will appreciate........ 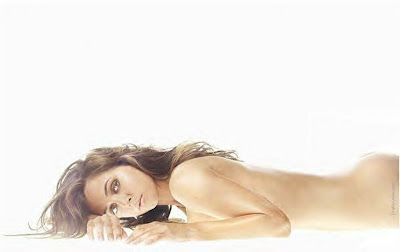 The only dollhouse I am familiar with is Ibsen's play, "W Doll's House". I always wondered if Torvald spanked Nora.

Dr. Ken,
When I read the name Joss Whedon I knew I knew it but couldn't have told you who he was. But the minute you said 'Buffy' it all came back. My son was consummed with Buffy and the created and talked about then non-stop!

He is in college majoring in Theater. I am not even sure he knows about this because they don't have television but I will be sure to let him know!

Dr Ken, I never watched any of the series you mentioned though I did see Serenity which I think was the pilot for Firefly.

This one sounds very interesting and it is a great concept.

Hermione--I never saw or read ibsen's play, so I really can't say one way or the other. At best, I can take the normal spanko response and say, "We can only hope!"

PK--Well, i was considerably older than your son when the show was on, but I was captivated by it as well. Good actors, excellent scripts, the talent of Joss Whedon and all the fantastic crew members working behing the scenes--it all came together on that series. I have all of Buffy, Angel, and Firefly on DVD.

Mina--actually, it was the other way around. Firefly came first, but for some reason the FOX network pulled the plug on it after something like 11 shows. Joss Whedon tried to shop the idea of a movie based on the series to the movie studios, but there were no takers.
The DVD of the series, along with several unaired episodes came out, and the sales went through the roof! That finally convinced one studio to greenlight a movie based on the series--and that movie was Serenity. The movie picked up about 6 months, I think, from where the series had left off.