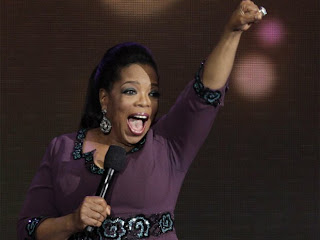 If you've read this blog for any length of time, you know my preferences.  I'm a Spanker, or Top, or whatever you want to call it, so I tend to write from a M/F perspective.  The photos I use on the blog tend to reflect that, as well.  They're either photos of attractive women with very spankable bottoms, or actual spanking photos with women being on the receiving end.  The spanker may be male or female, but the spankee is almost always a woman..

So this post is a bit of a departure from that format.....but it is spanking related, and therefore something I probably should cover.

Would you believe....a M/M spanking on mainstream TV?  It happened this past year on the FOX series, Raising Hope, a half-hour comedy.  The episode was entitled, "Spanks Butt, No Spanks" and originally aired on March 13, 2012.

Jimmy Chance (played by Lucas Neff) is a single parent, raising his daughter, Hope, with the help of his parents, Burt Chance (Garret Dillahunt) and Virginia (Martha Plimpton).  They all live together in the same house.  Lately, Hope has started to act up, disobeying, not eating her vegetables and breaking things.  Both Virginia and Burt tell Jimmy that he has to spank Hope, but Jimmy is very reluctant.  Like a lot of parents, he wants to be friends with his daughter and is worried that if he spanks her, she'll hate him.

Jimmy is surprised when Virginia and Burt reveal that they spanked him, and he turned out all right.  He doesn't remember the incident at all.  Virginia relates how, when he was a little older than Hope, he wouldn't eat his vegetables, ate too many sweets, wouldn't pick up his toys, etc.  They concluded that a spanking was in order.  Burt took Jimmy into a room and shut the door.  Virginia couldn't bear to watch, but she stood outside the door and listened as the smacks and yells came from inside the room.

Convinced by that story, Jimmy finally takes Hope into her room, and is on the verge of disciplining her when Burt suddenly bursts into the room, telling him not to do it!

It turns out the whole story was, in fact, a lie.  Burt never spanked Jimmy.  He just clapped his hands and told Jimmy to yell so his Mom would think he was being spanked.  He also made Jimmy promise to be good from that point on so that she'd never find out.  Now that the truth is out, Hope is spared.

Burt then goes and confesses to Virginia, finally admitting the truth to her.  Their immediate reaction is, "Oh, well, no harm done"....until they really stop to think about it.  Virginia points out that Jimmy still doesn't eat his vegetables, eats too many sweets, has a messy room

Things come to a head a short while later at dinner time.  Jimmy starts to leave the table and is told he has to finish eating his vegetables first.  He refuses.  Burt insists.  Things escalate until Burt reaches the end of his rope, and he grabs Jimmy, turns him over his knee right there in the kitchen, and starts to spank him, commanding, "Eat your vegetables!"

It doesn't go on for very long until Virginia suddenly interrupts them, telling them to look at Hope.

Hope has approached the table by Jimmy's plate....and is starting to eat the vegetables from Jimmy's plate.  They all realize what is going on--Hope has seen what happened to Jimmy, doesn't want it to happen to her, and consequently is eating what she should.

This new system works quite well.  Burt and Jimmy, for example, enter Hope's messy play area, toys strewn about.  Jimmy bends over, and Burt lightly applies some swats, saying, "Pick...up...your....toys."  And Hope, wishing to avoid the same treatment, starts picking up her toys.

It's played for laughs, fo course, and is a funny bit to build an episode around. M/M spanking isn't exactly my thing, as I mentioned, but you still might want to look for it in any Raising Hope reruns during the summer months.

This summary is not available. Please click here to view the post.
Posted by Dr. Ken at 1:57 PM 3 comments:

I signed on to AOL today, and of course the first thing I saw was the "Welcome" page with photos and headlines of the day.

The one that caught my eye?

"Why the hairbrush you choose matters"

I haven't gone away.

I'm not on vacation.

No, I've been trying to put up a new post for the last two days, and for some reason I can't get the pictures that I want to use to load.  Or, rather, the pictures seem to load, but when I try to publish the post, the program gets hung up and everything is in a state of perpetual loading that never seems to finish.

1st Girl:  "Told you we should have asked permission before taking the car...." 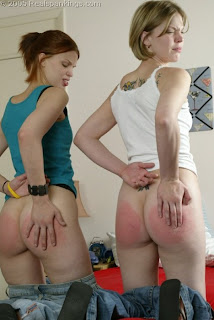