Two of my favorite people--and fellow bloggers--are having a birthday today! Yes, it's the twins, Cigi and Cheryl, celebrating another spanking good year of life! 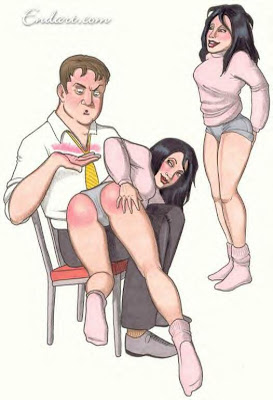 The title of this drawing by Endart is, "Worn Out By The Twins"--and believe me, that's appropriate. These two ladies love their spankings and can take quite a bit! In fact, whenever I see them at the Crimson Moon parties in Chicago, I have to try and play with them early on in the weekend--'cause if I wait too long, they'll be well toasted and done! It's always nice to go to their room to play and chat.

Cheryl, of course, is the author of the blog Positively Spanking, and Cigi writes the blog Cigi's World. Both are well worth taking the time to read. These two ladies know their stuff and have great insights into the spanking and party scene.


And you can both expect a birthday spanking from me the next time we're at Crimson Moon!
Posted by Dr. Ken at 1:22 AM 3 comments:

I've been thinking about birthday spankings lately--probably because I recently joined the group, "Birthday Spankings" on SpankoLife.com. (I'm on there and also on FetLife.com under the name Dr_Ken. Feel free to send me a friend request on either site.)

I'm not sure how that tradition started, but it's definitely one I can get behind (you should pardon the expression). The most logical explanation, of course, is that it goes back to the moment right after birth, when the doctor holds the baby up and gives it a smack on the bum to help clear the lungs of fluid and get the child breathing--not to mention screaming it's lungs out. It's the only time when crying and screaming are looked upon as good things and signs of health.

Each year thereafter, in order to celebrate the blessed event, the birthday girl or boy receives a whack on the bottom for each year of life.

The thing that occurs to me, of course, is that this is maybe the one time that the Vanilla World and the Spanko World touch and coexist. Under normal circumstances, tell a girl that she should be spanked and she's liable to start backing away from you and reaching for her Mace. Tell her the same thing at her birthday party and you'd be surprised at how fast most will laugh and bend over. (Some mass consumption of alcohol first probably helps, but not always.)

When it comes to birthday spankings, the recipients seem to fall into four categories. First--sad but true--there's the girl who really, truly does not like it-- 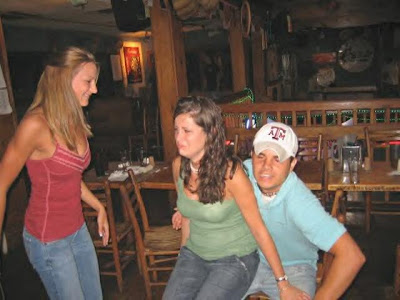 Next, there's the girl who doesn't really care for it but will put up with it to be a good sport-- 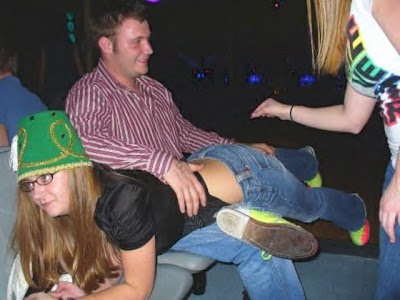 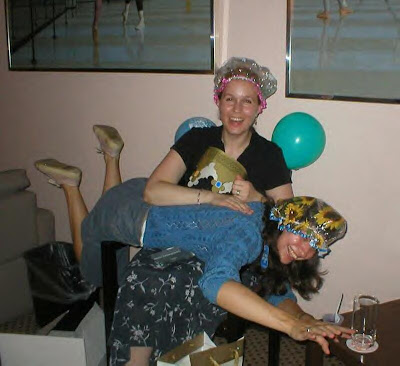 And last--and to be honest, my favorite category--is the girl who likes it just a little bit more than she's willing to let on-- 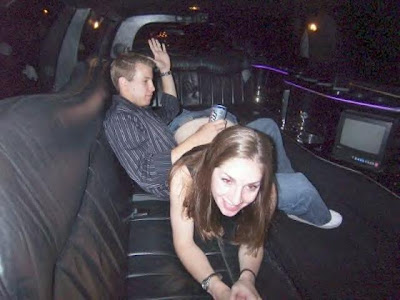 Hey, doofus--put down the damn beer. The lady across your lap is a keeper! 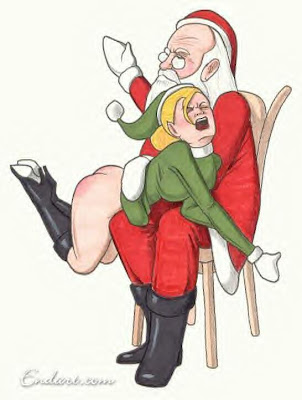 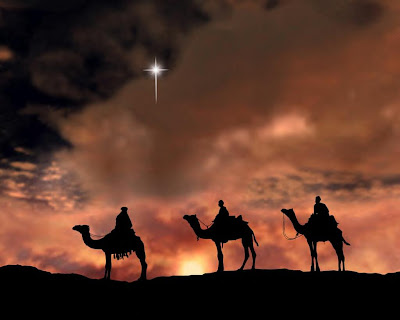 May your house be hung with green mistletoe, and may there be someone cute with a red bottom standing underneath it.....

The Most Popular Booth

We're probably all familiar with the idea of a "Kissing Booth" at a charity event. But here's an idea that's bound to rake in big bucks at a fundraiser.......... 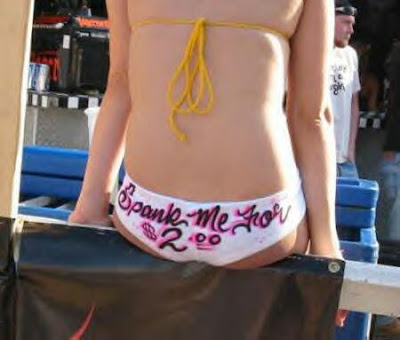 I can just hear everyone in line (and that includes myself): "Where's the nearest ATM? I've gotta get a wallet full of twenties!"
Posted by Dr. Ken at 12:16 AM 2 comments: 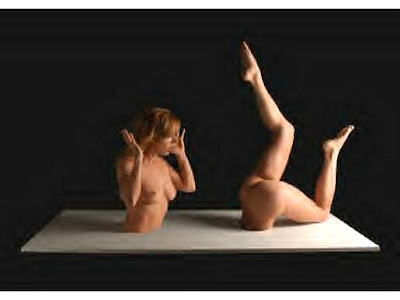 I think Winter may have finally arrived here in Minnesota.

We'd had a little snow over the last few months, but it melted away. Up until last week I was still able to run around outside in short sleeves and without a jacket, which is practically unheard of for a December in Minnesota.

We're in the middle of a storm warning, though, which could easily become a blizzard by tomorrow--strong winds and limited visibility. The snow is supposed to end tomorrow around midnight and the temperatures for the rest of the week are barely going to break into double digits. That means whatever snow we get isn't likely to be melting soon--which means we'll be stuck with this until, oh, April -- 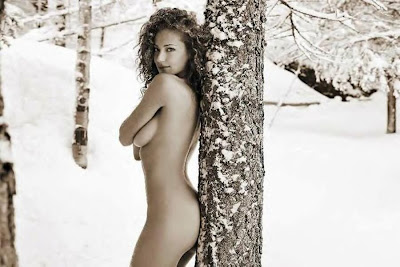 And the weather for tomorrow -- 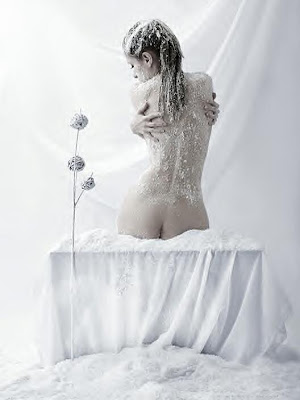 This would seem to be a good time for a "snow day". Call in to work, stay home, and spank somebody! After all, we don't anybody complaining about a cold bottom.....
Posted by Dr. Ken at 1:36 AM 4 comments:

The End Of The Art

For many years I've been going to Endart.com and been greeted with a smaller version of this picture-- 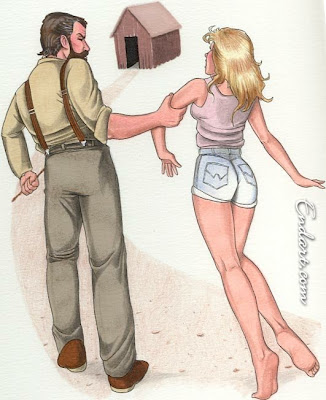 Those visits are about to come to end. The artist known as Endart has announced that he'll be retiring at the end of this month. For roughly a decade he's been illustrating the female form--a lot of it in the OTK position. His drawings have displayed both the humor and the seriousness involved in this Thing That We Do, along with the wide range of emotions that go with it. 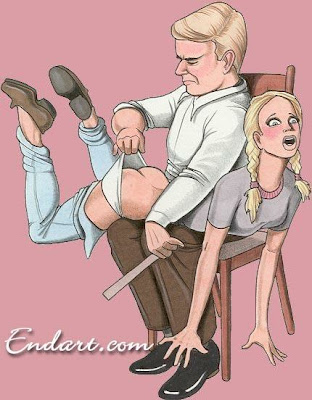 Endart.com was, to me, one of those sites worth paying for. Every month there were at least 12 new spanking illustrations, such as the ones you see here. In addition to that, we followed the spanking adventures of Pammalee Henderson, the misadventures of two naughty young ladies named Carrot and Bev, an illustrated assortment of F/M stories and some illustrated Random stories, each drawn in his own unique style.

I originally was going to do a post showing my favorite Endart drawings, but there were just too many to choose from. Naughty wives, misbehaving daughters, girlfriends with an attitude problem, .schoolgirls and secretaries that needed to be taken in hand--or rather, have a hand taken to their posteriors. Spanked maids and spanking machines--he drew them all, the spankable ladies and the too-many-to-count reasons they wound up in that all too familiar "bottoms up" position.

For example, sometimes just wearing a beret is enough-- 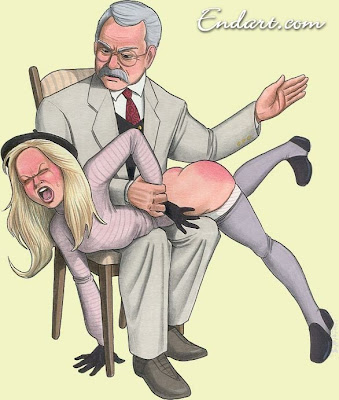 In his goodbye message, he does seem to leave the door open a little bit for a possible return by asking, "Will this site ever open again in the future?" Well, as for that, you will simply have to stay tuned."

I sent Endart an e-mail last night, thanking him for all the drawings and all the enjoyment they've provided me over the years. He wrote back, thanking me and everyone else for their membership, and ended by saying, "It's been a lot of fun."

Indeed it has. So here's to you, Endart! Good luck with whatever the future brings! 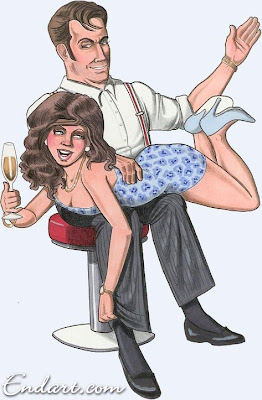 Dr. Ken
Minneapolis, Minnesota, United States
I'm Dr. Ken, 70, and single. I'm a Spanker, I live in Minnesota--hence the blog name! Spanking Minnesota is updated daily. While the main thrust of this blog is adult consensual spanking, it's not the ONLY thing you'll find here. There will be posts about spanking, of course, but I reserve the right to post about anything I want. So you'll find song parodies (usually spanking related), photos with captions that I make up (usually spanking related) and photos of ladies with very spankable bottoms (obviously spanking related) and occasionally posts about non-spanking related topics. I think spanking is fun, whether it's "mock punishment" (or "funishment"), something a little more disciplinary, or a spanking just for the heck of it, and I want this blog to reflect that.. I'm a member of the Minnesota Spanking Group on FetLife, , HankySpankyMN (check out the Yahoo group), and a long-time member of Chicago Crimson Moon. I've been known to attend other parties around the nation, such as the Texas All-State Spanking party. If you see me at one of these events, feel free to come up and say, "Hi", and if you'd like to play--just ask me! . So, do YOU need a spanking, young lady?