Recently, I was watching the Season 5 DVD of a TV show called Bones which airs on the FOX Network. It stars Emily Deschanel and David Boreanez. Among the supporting cast are the two actresses in the picture below, MIchaela Conlin on the left, Tamara Taylor on the right. 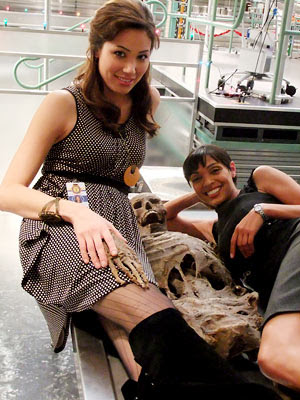 Iwas watching an episode called, "The Proof In The Pudding", and listening to the DVD commentary track provided by some of the actors, including the two lovely ladies pictured above. (That's the kind of nerdy fan I am. I view all of the DVD extras and listen to all of the episode commentaries.)

In one scene, Tamara Taylor had her back to the camera, and Michaela Conlin suddenly volunteered, "For some reason, whenever I see Tamara's butt, I want to squeeze it or slap it." (As I'm sure you can imagine, I mmediately talked back to the TV screen, saying, "Me too!")
MIchaela then added, "It's okay, I've told her about it."

Tamara corrects her at this point, saying, "No, you did it! You did it."

Sounds like a fun set to work on, doesn't it? That mental image alone will keep me watching the show until the very end. 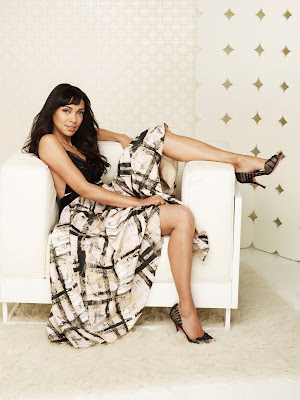 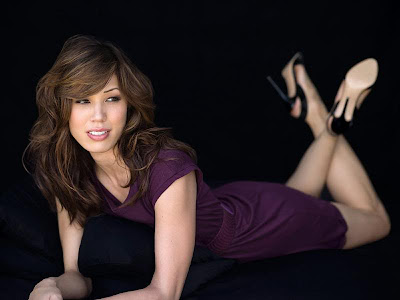