I want to thank everybody who read my posts here regarding Pixie's "Cause for Paws" fundraising idea and then went to Pixie's blog to make or send in a donation. The final count is in and together you helped Pixie raise an amazing $1, 115! Spankers and spankees are apparently generous to a fault with a warm spot in their hearts for a puppy or a kitty in need of help. Give yourselves a big round of applause or a pat on the back. If you want to give yourself a congratulatory pat on the butt, go ahead, but it's more fun if someone else does it. :-) 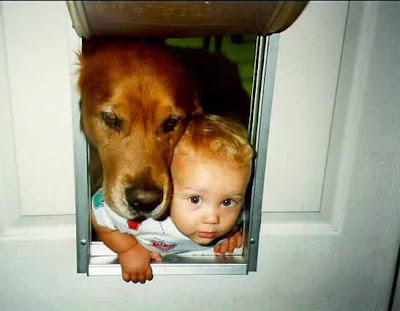 Our generousity presented Pixie with a bit of a dilemma, however. Originally, she had proposed the idea that she would get a hard bare-bottom spank for every dollar raised, and the video of her getting those swats would be posted on her blog, Spanking Pixie. Clearly, Pixie had figured that her most loyal readers would donate a dollar or two, and if she was lucky she might raise a couple hundred dollars. But 1, 115 bare-bottom smacks?! And--since she would have to use the Punished Brats equipment to record this--that would be in addition to whatever amount she would have taken in a full day of shooting scenes for PB. The total would have been an insane amount, and meant quite a deal of wear-and-tear on her derriere.

She give the matter a great deal of thought and came up with what, I feel, is a very reasonable solution. She would take a spanking of 400 swats, administered by four of her PB friends. The spanking would be broken down as:
300 spanks by hand
50 with a hairbrush
20 with a wooden spoon
10 with a belt
10 with a school paddle
10 with a cane

I personally think that was a very fair compromise, and that combination of swats, spankers and implements certainly gives all of us who donated our money's worth.

The spanking was done this past week, and Pixie gives a full account of it on her blog, as well as providing a couple of pictures from the proceedings. If you haven't been to her blog already, go there after you finish reading this and read what she has to say. The film of the spanking still needs to be edited and put together before it appears on Pixie's blog, but I'm sure she'll keep us informed as to how it's coming along and when it will be up.

So, let's hear it for a lovely, warm-hearted--and at this point, I'm sure, tender-bottomed--Amber Pixie Wells! 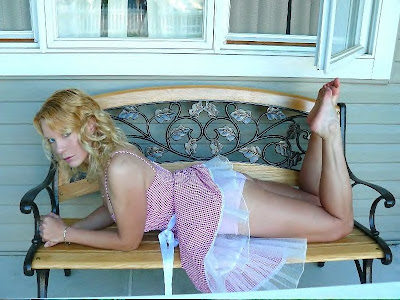 (photo courtesy of Spanking Pixie)
And now, change of topic--
The baseball season--at least for my team, the Minnesota Twins--is over. There's nothing left to look forward to--other than the Minnesota Vikings, the Minnesota Timberwolves, and the Minnesota Wild, that is. Still, the Twins were one game away from playing in the post-season. When you consider that, prior to the start of the schedule, the Twins had lost Torii Hunter to the Angels--one of the few hitters the Twins had who could provide them with some power hitting--and had traded away arguably the best pitcher in either league, Johann Santana--let's just say that expectations were low. Most of the baseball pundits picked the Twins to finish 4th or worse in their division, and to be honest, that was my own assessment. My feeling was that if the Twins could somehow play around .500, I'd call the season a success.

Instead, they wound up on top or near the top of the AL Central nearly the entire year, challenging the Chicago White Sox for first before losing the division title in a 1-game playoff. I'd give Ron Gardenhire "Manager of the Year" for pulling that off, although in reality that honor will probably go to the manager of the Tampa Bay Rays.

The Twins have a nucleus of good young players, and an incredibly young pitching staff. They now have a year of experience and a play-off race to build on. If Twins management can keep this team together, they should be good for years to come. Still, there are a few changes I'd like to see them make:

I'd like to see them add a power hitter, preferably at 3rd base. The Twins seem to always finish last lately in terms of the number of home runs they hit and--as that final game this season proved--a lot of games can turn on one big swing of the bat. I'd like to see them get a veteran starting pitcher, and I'd like to see them revamp the bullpen a little bit. One of the current starters could go to the pen for a year or so, and we clearly have some relief pitchers who have fallen off in terms of their effectiveness. They probably wouldn't bring much in a trade, but it should be explored. I'd seriously consider trading Bonser, Guerrier and Crain. To replace them, I'd put Glen Perkins in the bullpen, Pat Neshak should return and I'd keep that Mijares kid around.

I don't know whether the Twins could pull all that off. Probably not--but pondering such things is part of the fun of following a big league team. That, and saying, "Wait 'til next year!"

Still, that last loss to Chicago was disappointing. Depressing, even. I need something to cheer me up. 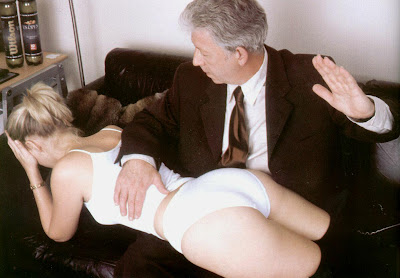 Every time a bell rings, an angel gets her wings.

Every time the Twins lose, an angel gets her stings.

Pixie and all the donors did a really great job and you helped by spreading the word, Dr Ken. I wasn't a regular reader of her blog until you sent me her way and now I stop by almost every day. Thanks, Doc.

You have some pretty sound moves for Twins so maybe you should be calling the shots. Dr. Ken, General Manager, has a nice ring to it. And hockey season started last night and my NY Rangers won in Prague so you can start rooting for your Timberwolves.

Season, you are too funny. Did you lose a bet on the Twins and get some stings? Want to make a bet with me? ;)

Thanks for letting us know how well Pixie's Cause for Paws did. i was wondering about that and that amount would be too many for even Pixie. It was reasonable how she broke it down and it was acceptable. LOL!

Dr. Ken, I got to have a nice chat with your one friend from NY who you also linked here. Email me if you would like to know! I think I have your email address but I am not sure if that was one of the ones in my aol account which I no longer have or not. LOL! I also oredred a DVD at your suggestion! Guess which one that was!

...though it's hard to focus on the post with that gorgeous, panty-clad posterior, at the bottom of the post.... [I think that's the ravishing Amelia Jane Rutherford?].

Season--are you trying to get me to hope for a losing season for the Twins next year? :-)

Michael--Pixie's blog is one of the best. I'm glad I helped you discover it!
I wish I could be the GM of the Twins! Of course, it's easy for fans like me to sit here and say, "They should make this trade or that trade or get this player". In the real-life baseball world, it's never that simple.

Pest--You've been talking to Bill of Cinema Swats, eh? :-) Congrats on getting one of the DVDs!

Dave--Well, I know my Minnesota Twins, at any rate!
I'm not sure who the spanking model is, so it certainly could be Amelia Jane. And I agree--Pixie IS amazing!