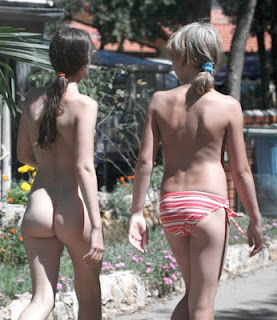 "Isn't that strange!  I just completely forgot what I was going to say!"

"Could it have been, "I wonder what happened to my bathing suit?"

"Oddly enough, no.  I wonder why my mind blanked out like that?"

"You've been possessed by aliens?"

"That's the answer you go to?  Alien possession?"

"Alien possession would knock all of your thoughts out of your head and replace them with their thoughts.  And aliens don't wear bathing suits, either."

"I have NOT been possessed by aliens!"

"That's exactly what a human possessed by an alien would say."

"Okay, now I'm inclined to believe you, 'cause I'm pretty sure an alien would have no concept of 'heaven'."

"Oh?  Are you saying that all aliens are godless heathens?"

"Well....no.  But I imagine they have their own deity that they worship."

"Sure.  'The Great Barfer in the Sky, from whom all alien life on their planet spewed forth after a weekend binge of bad seafood."

"The Great Barfini cares not what you think...."

"You're going to stick with that name, are you?"

"First thing that came to my mind."

"Oh, good thinking!  Yes!  And that's why the aliens are out there flying through space.  They're seeking their deity!"

"Because that's where Italy is!"

"This is probably the strangest conversation I've had this week....."