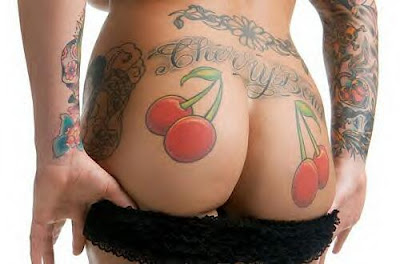 I know Dave will be thrilled. There's a reason there's a blog called The Daisy Dukes Report.

Apparently, they were first spotted a few weeks back on the very leggy Cameron Diaz -- 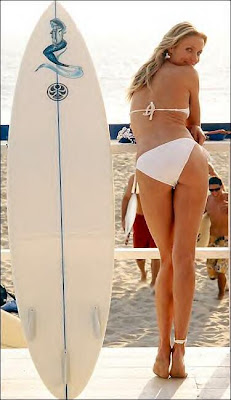 Since then, many more female celebrities have been stuffing their curvy, spankable behinds into these shorts--celebrites such as Beyonce, Vanessa Hudgens, Kate Bosworth, Jennifer Aniston, and Sienna Miller, to name a few. 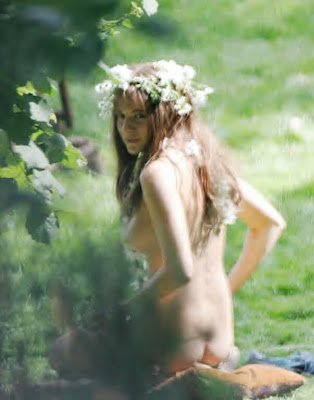 (I have, in fact, seen a photo of Sienna Miller (picture above) wearing a pair of the short-shorts with boyfriend Jude Law staring in appreciation. Can't say I blame him.)

The one star who has said she absolutely will not wear them?

Having worn them while playing Daisy Duke in that mess of a movie based on the TV show, The Dukes of Hazzard, she feels that the shorts are more of a costume than an actual fashion choice, and isn't planning on donning a pair any time soon. In a way, that's too bad--I could argue that Jessica Simpson's bottom encased in a pair of Daisy Dukes was the best thing in that entire movie!

Anyway, I can't wait for the warmer weather of Summer to arrive. We should get tons of photos of actresses rocking this style!

Dave--I knew you'd appreciate the heads up.....or the bottoms up, as the case may be.

I like Daisy Dukes, but these tattoos, what is it with people, doing that to themselves.
Tattoos are fine if they are small, discreet,etc. but all over, nah, not for me.

Bt--I agree. A small tattoo, or the so-called "tramp stamp" can be qujite tasteful and beautiful. But more is not necessarily better....unless we're talking about more spanking, of course.